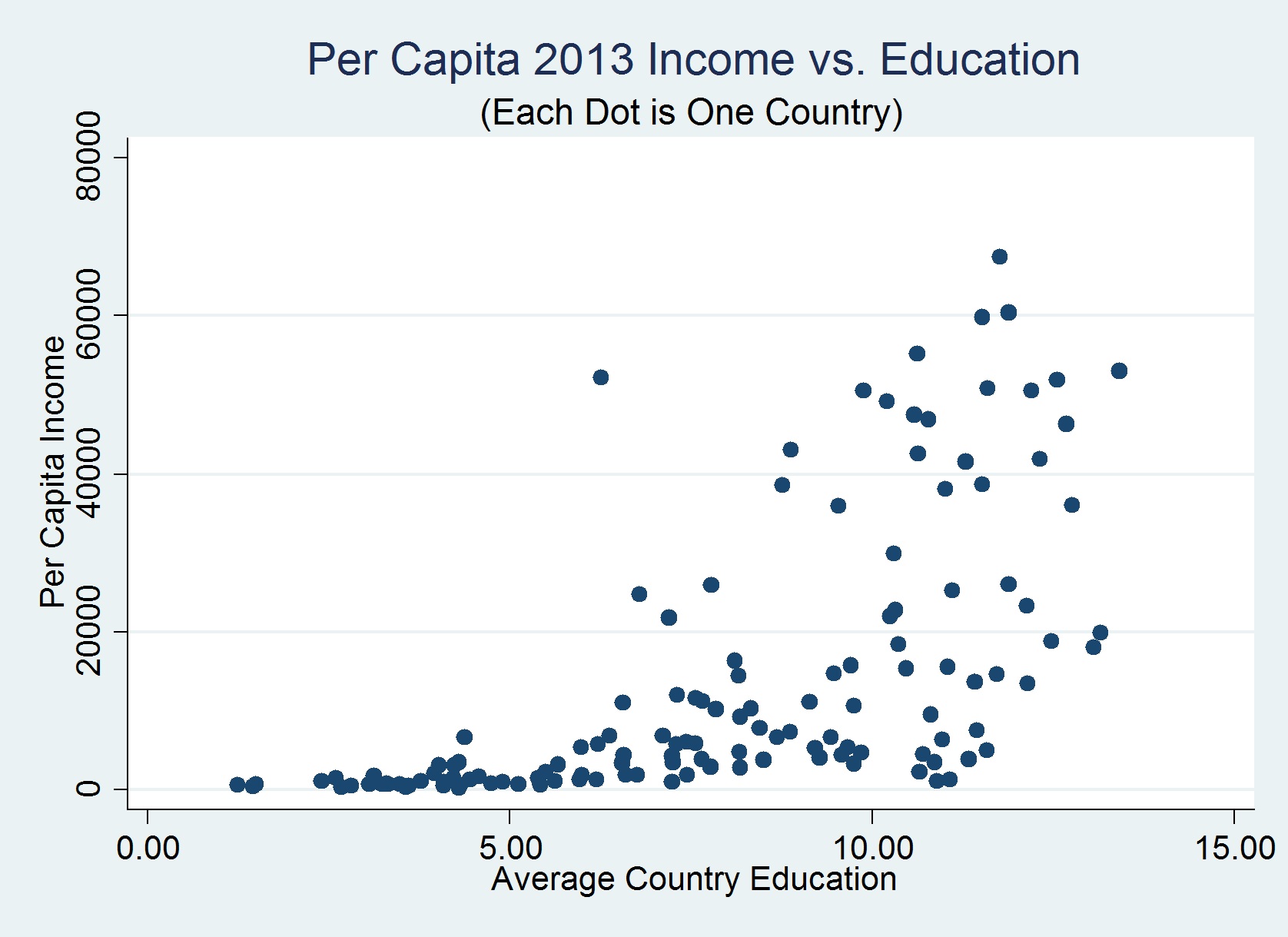 Second, it is possible that some factors might impact both the level of education in a country and the level of economic development of the country.  For example, some countries may have strong cultural traditions that motivate their citizens to be more educated. These traditions may also have an impact on creativity and innovation, which would lead to greater economic prosperity. In this case, these cultural factors would be the driving force behind both education and country income, making it hard to measure the effect that education alone has on income.

After adjusting for these factors using sophisticated methods, economists demonstrated that an increase in country education does in fact have a direct positive effect on country income.  Schooling differences between countries are responsible for a substantial part of the difference in incomes between countries.  In other words, per capita income of a country will be higher in comparison to another similar country if the working-age population of the first country is more educated.

All this means is that when people in a country are more educated and better educated, this enhanced level of education has a direct, causal impact on per capita income in the country.